We have our sat-nav to thank for the fact that we’re in very beautiful Toledo tonight. We’d planned to stop at a rural campsite some 70km west of here, but trusty sat-nav put paid to that. All was going well until the last 10km or so, when Little Miss Sat-Nav ‘forgot’ that we were driving a 31ft RV and not a Fiat Panda, and sent us into a little village with right-angle corners and roads only just a little bit wider than our van, Eugene. It was time to entertain the locals with an unusual reverse maneuver to leave us, and the village intact.

Since Plan A campsite and Plan B campsite were both in the same village, we went for Plan C – hoof it along to Toledo, south of Madrid. Sat-nav has a peculiar preference for driving right through the middle of towns and cities, rather than using the perfectly lovely ring-road that all these places have, so we zipped into what was mercifully only the outer edges of Toledo center. Again sat-nav tried our patience with an instruction to take the first exit at the roundabout – no not that first exit, the next one…you may know it as the second exit… So another maneuver was required, this time a three-point turn in what turned out to be quite a busy little street, roughly 2 feet wider than Eugene is long. This time the spectators were the local police – a second after I’d reached the point of no return with my three-point turn, I saw that the next car coming along the road was a cop car. Have I mentioned that I have an irrational fear of being arrested?

Well, no-one got arrested and we finally found the campsite, Camping El Greco. As this was our last-ditch hope before Madrid, we were somewhat alarmed when we sailed down a rather elaborate, one-vehicle wide approach road, to turn the corner and find…a big iron gate. Closed. The thought of reversing all the way back up to the main road looked likely and looked grim. We buzzed the buzzer. And buzzed. Finally, finally, someone deigned to answer, and a little while after that, someone condescended to come out and open the gate for us with a remote key fob. 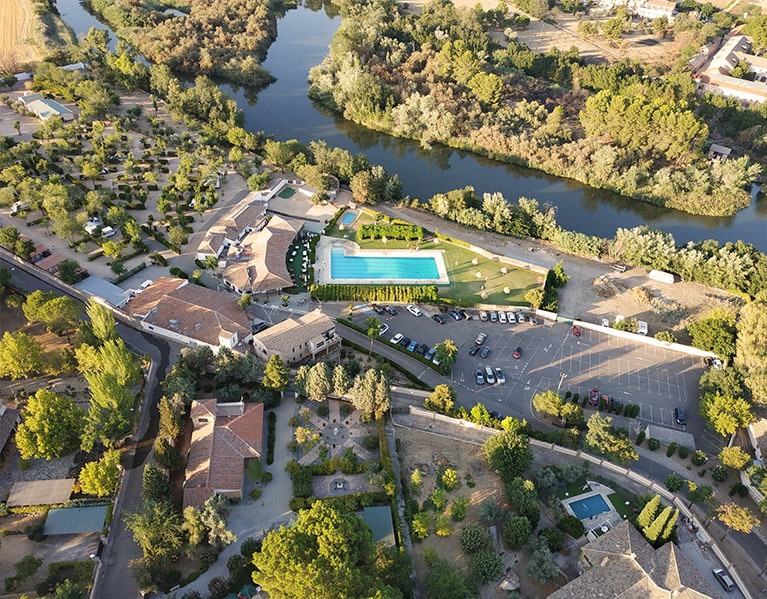 So Camping El Greco hasn’t exactly won us over with customer service, or indeed value for money. But Toledo itself soon won us over. As it was already 3 p.m. by the time we were installed on our pitch, we thought we’d just go out for a brief walk to see if we could get a good view of the town from near the campsite. But as we got going, we realized that a) it wasn’t all that far to walk into town (20 minutes) and b) Toledo is really very pretty and was worth going for a proper look. We got back to the campsite at 6.30!

In a nutshell, Toledo has lots of churches, lots of convents and monasteries, and lots of synagogues. It’s streets are steep, narrow, and twisty-turns, and as it sits on a hill, there are miradors at every turn, looking out across the wide, flat plains around the city. It’s very charming, I guess particularly in winter when the thronging masses haven’t yet made it unbearable. Toledo easily had more tourists in it today, than we’ve seen anywhere else in Spain, but I guess that proximity to Madrid has something to do with that, as well as the fact that we’re just days away from Carnival. I’m guessing Spanish people make a long weekend of it, and travel to new places to experience Carnival in different towns. 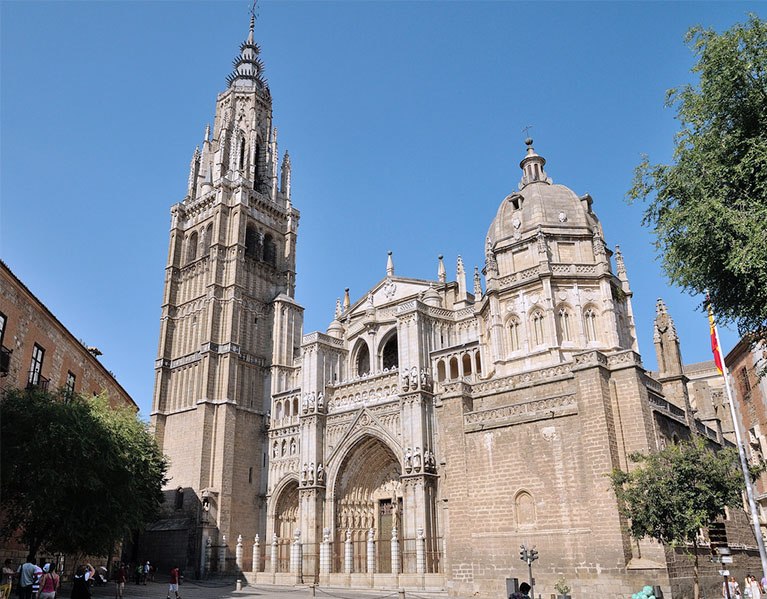 Toledo seems to be famous for and is milking for all it’s worth, El Greco, Don Quixote, and marzipan sweets. I could be won over (maybe) by the first two, but anything connected with marzipan isn’t coming home with me. I couldn’t even bring myself to take a photo of a marzipan replica of one of Toledo’s more ornate cathedrals. Bleurgh.

If my marzipan hatred has made Toledo sound nasty, then I need to back-peddle. Toledo is beautiful, a definite must-see. I wanted a stopover close to Madrid, to keep tomorrow’s journey into the city short. Toledo fits the bill on that score, but it’s so worth a visit in its own right.

If you plan to visit Toledo in a motorhome, don’t even think of driving into the town and parking. In fact, even if you’re going in a car, don’t even think of driving into the town and parking. Parking and driving in Toledo is something to be valiantly attempted if you’re a Toledo resident. I’d love to see a Toledo driving instructor – I think they’d all be prematurely aged, or deranged. For mere mortals wishing to go into Toledo by car, your motor needs to be equipped with Wacky-Races style features that enable it to shrink in width (to about 4 feet wide), turn 90 degrees whilst stationary, and perform three-point turns around blind bends, whilst simultaneously avoiding a coachload of Japanese tourists and a bagpipe player. Seriously, just say no.